Ramadan Kareem Everyone! This year Warche 13 Film Program will be breaking the fast every tuesday from 8:30-9 pm with The Count of Monte Cristo, the French mini-series with Gerard Depardieu, after the classic by Alexandre Dumas. Combining adventure, suspense, justice (religious and other), history (the aftermath of the French Revolution) in one amazing story, this at least to me one of the most versatile stories of world literature. The French interpretation with Gerard Depardieu as the main act, does great justice to the integrality of the story as well as bring it alive for people who have not read the book, as it did for me when it broke open my life when I first watched it as a young man.

The French mini-series consist of 4 parts of 1,5 hours each. We will be screening one ‘episode’ each tuesday, starting 8:30-9 pm. So come for or after your iftar and or just join us as regularly on or tuesday film nights. French original with English subtitles. 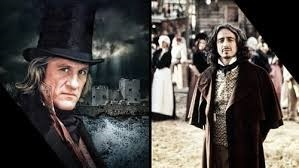 View all posts by rubenelsinga